Pharmaserv completed another construction project at the Behringwerke site in November 2021 - the conversion of a large laboratory for the pharmaceutical company GSK Vaccines. The new laboratory will serve to continuously improve production processes.

"A conversion of an existing building is always a challenge," says Lara Wendebaum. She is a property manager in site management at Pharmaserv and responsible for building Z026. On the second floor of the five-story building, a GSK Vaccines research lab was getting on in years. Pharmaserv was commissioned to completely gut and refurbish the 600-square-meter space - shell, piping, flooring, technical building equipment. In addition to the technical building equipment, the autoclaves were modernized and a new cold storage cell was installed. The electrical and fire alarm systems had to be renewed, as did the ventilation system including heat recovery. The windows with sun protection were replaced during the revitalization measure in an energy-saving manner. The complex conversion measure was implemented under the project management of Pharmaserv construction project management. "We would like to thank our internal and external partners for the very good cooperation," says Ulrich Triebel, project manager in construction project management and responsible for the conversion of the laboratory space.

"We completely redesigned and modernized the technical facilities," says Lara Wendebaum. "For example, we were able to replace the thermal disinfection system previously used for infectious water with modern exhaust air heaters on the autoclaves that require less space. A new, decentralized water heating system reduces the risk of contamination by germs."

In the future, the laboratory will be used by GSK's Global Process Science Labs Marburg (GPSLM) department. This means GSK Vaccines is well positioned for the new requirements in pharmaceutical production. "The GPSLM division proactively supports the continuous improvement of existing GSK production processes at the Marburg site as well as at the sites in Belgium and Hungary. In the newly modernized laboratories in Z026, we will primarily support two new recombinant GSK Marburg products in so-called small scale models (fermentations)," said Dr. Reinhard Wilms, Head of Process Science at GSK Vaccines.

Good agreements with other tenants

During the renovation on the second floor, work continued on the floors above. "We would like to express our sincere thanks to the other tenants, who were very accommodating throughout," says Carsten Schneider, Head of Facilities at Pharmaserv. "We were able to make arrangements at any time, and it has been shown again how good the cohesion is within the site community."

The team also coped well with the Corona-related challenges. Even though there were bottlenecks with material deliveries in the meantime, the project was fully on schedule at all times - the move-in began as planned in November 2021. 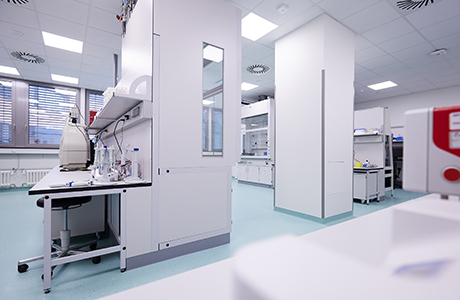 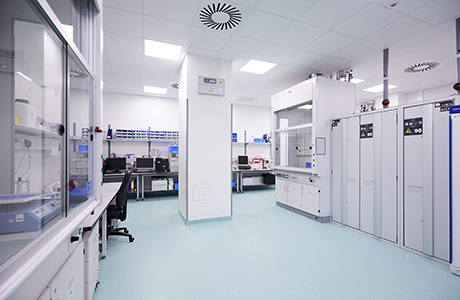 You will find our latest videos on our YouTube channel .